Late last year, Congress passed the 21st Century IDEA Act (IDEA Act), which compiles a number of new and existing requirements for federal websites into a path for how agencies should design digital services.

Reading the IDEA Act, I saw much of how Ad Hoc works with our customers on external-facing government digital services, such as HealthCare.gov, QPP.cms.gov, and VA.gov, reflected in its mandates. I thought it would be helpful to share our experience in implementing these kinds of digital services so that others could use that as input into how they approach these same challenges.

The Act covers a wide range of issues, so we’ve created a multi-part playbook with tips, stories from the real world, and insights into how the IDEA Act’s requirements can best improve government digital services. In part 1 of this playbook, I’ll cover the first couple requirements the Act mandates for new public digital services. 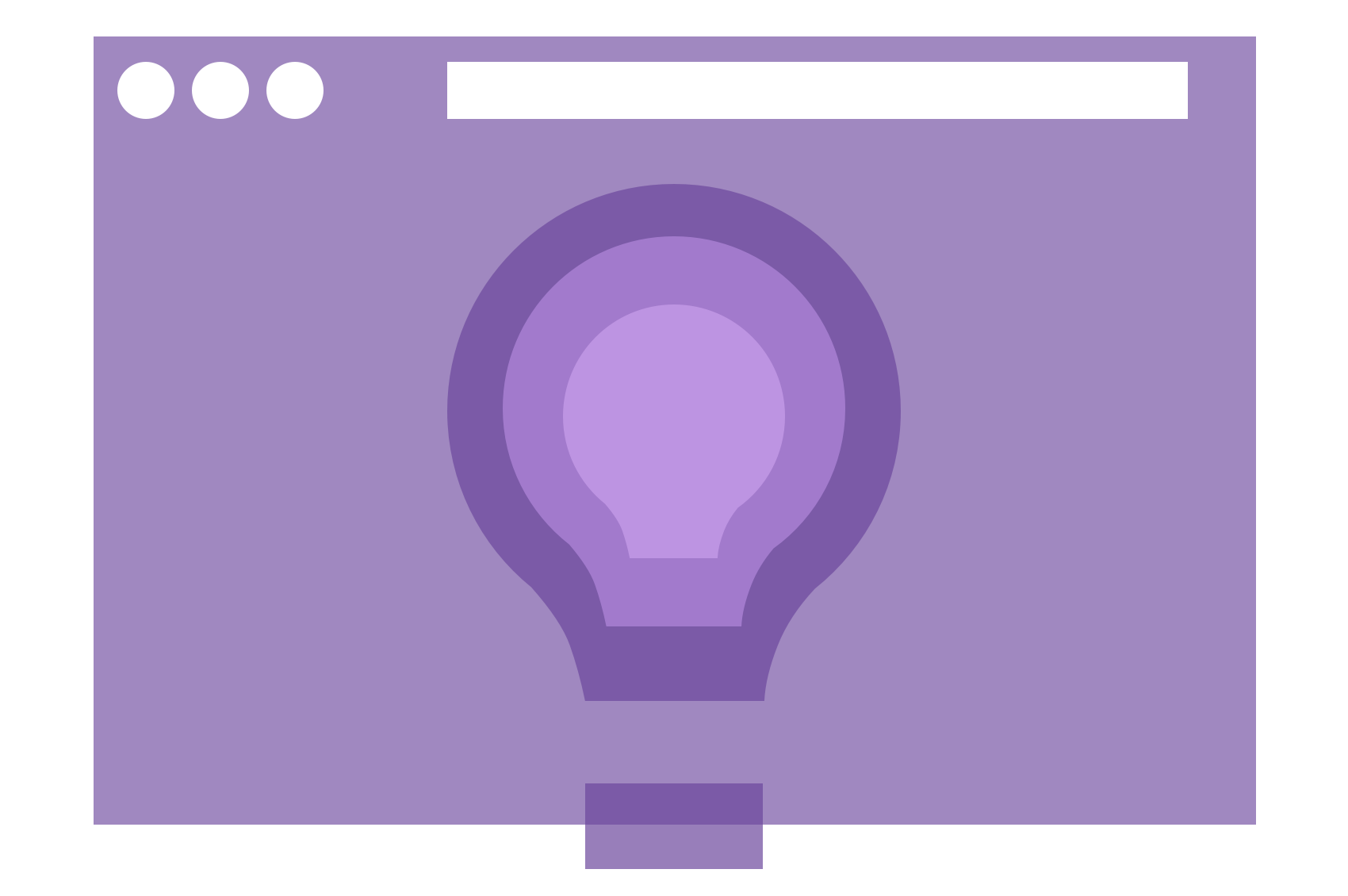 The IDEA Act reiterates the existing requirement that federal websites must meet the accessibility requirements of Section 508 of the Rehabilitation Act of 1973. This is a standard requirement that agencies typically fulfill by hiring an independent vendor to run an accessibility testing tool on their website before launch. This approach gets products to compliance, but can set back the launch by weeks or even months if the development team has many issues to fix.

At Ad Hoc, we design new features with accessibility in mind from the start. We run a suite of automated tests with tools like pa11y after each new unit of code is delivered, and we include accessibility in our user tests to surface issues that are difficult to spot with an automated tool. We catch any issues during development and fix them on the spot, so that when it comes time to launch, there’s minimal hold up.

A consistent appearance for a single website is not all that difficult. Where it gets tricky is when you have a set of services or multiple teams building applications that work together. We’ve had success solving this problem at the Centers for Medicare & Medicaid Services (CMS) and the Department of Veterans Affairs (VA) by creating design systems tailored to meet the user needs of those agencies. A design system specifies a set of styles and components that can be reused across sites and services, and can be updated and kept in sync easily. We’ve supported the CMS Design System and VA Design System, both based on the U.S. Web Design System, a product of the General Service Administration’s Technology Transformation Services and the White House’s U.S. Digital Service.

The great thing about the U.S. Web Design System is that you can use it as is, and your site will look and feel consistent with many other existing government websites and digital services. Or, you can customize it to your agency or service, as we did with CMS and VA, so that your agency’s particular styles and color palette are easy to scale. Check back soon for another post with recommendations from our Design System Working Group on how the government can best encourage wide adoption of the U.S. Web Design System.

This requirement is a bit different than the other parts of the IDEA Act. Rather than a technical approach, the best tool to avoiding overlap and duplication is to have the right strategy for how you introduce digital services into your agency. The strategy you adopt is dependent on your agency and the support you have from agency leadership.

One effective strategy is to centralize ownership of digital services at your agency. When technology became a thing, agencies created the role of the Chief Information Officer (CIO) to own every aspect of technology at an agency. Instead of each office of an agency procuring their own email or network connectivity, this role was centralized to provide consistency and efficiency. The same needs to happen with digital services; allowing each discrete part of the agency to own their own public-facing services may have been a good way to get things started, but if your goal is to avoid overlap or duplication, you’ll need to centralize ownership.

Now, that doesn’t mean that business owners shouldn’t be intimately involved with the services they deliver. On the contrary, they’re critical stakeholders and owners of those services. But having a centralized entity at an agency that can guide the overall experience of people that interact with an agency is the best way to promote cohesive design and avoid unexpected changes or features.

There’s a lot of nuance to this, and no two agencies are the same. The Department of Veterans Affairs, for example, has taken the approach that all Veteran-facing services will be accessed via their main website, VA.gov. That makes sense for VA, as their mission is focused on Veterans. The Department of Agriculture, on the other hand, serves farmers and administers our national forests; it might not make sense to have these owned by the same entity. Understanding your agency, it’s mission (or missions) and the people you’re serving will guide you to the right structure of ownership.

It’s also important to understand the existing environment. Chances are you aren’t starting from scratch. How do you deal with existing services and teams that are maintaining older services that need to evolve? And how do you do this in a way that empowers and does not alienate people that you will need to get the job done?

Use prototyping as a path to consolidation

One strategy that we’ve seen be effective is prototyping. It’s the strategy that VA took in rolling out Vets.gov. Around 2014, VA had a number of different websites and digital services, all siloed by organizational unit: if you wanted Veteran benefits, you had to go to one site; if you wanted healthcare, a different site. Each of these sites had vastly different designs and user experiences, different logins, and varying levels of uptime and stability. It was difficult for Veterans to understand why some services were on one site and some were on another.

Instead of just replacing these services one by one or attempting to get some of these services shut down, Ad Hoc helped VA build Vets.gov as a prototype for what a single, unified, cohesive experience for Veterans could look like. Vets.gov intentionally duplicated features that existed on other VA websites, but did so with the message that we were doing it to show what was possible, not as a replacement to their services.

The result of this strategy was that other parts of VA caught on to the idea and the benefits of the single user experience and design. Instead of seeking to replace them, we started working with these other teams to bring them on to the platform we’d created for Veteran-facing digital services. VA saw the broader potential for Vets.gov beyond just a proof of concept and felt confident in moving their main web presence, VA.gov, to be powered by the Vets.gov platform. By using this strategy, VA was able to not only build something new, but to empower the rest of the agency with a new approach to digital services that has a much bigger and longer-lasting impact. We got to a place where there was no duplication, but it took years of work building relationships and trust within the agency to do it.

But this is just one strategy to take. There are other ways to approach introducing and consolidating digital services at an agency. For Farmers.gov, USDA started by centralizing all digital ownership in a new organizational unit, which is quite different from VA’s approach of building consensus from the edges and then moving to the center of the organization. There’s also an option to go with a subject-focused offering (like CMS does with HealthCare.gov and Medicare.gov, or USDA with Farmers.gov), or an agency service offering like VA has done.

In all of these cases, it’s critical to understand the organization you’re apart of and the support and trust you have within it. Do you have top-level support from executive leadership? Are you integrated with the various internal business stakeholders? The answers to these questions can help guide you to the right approach. In any case, strong ownership by a single entity (whether that’s an individual person or an office or team) will be critical to keeping duplication under control and achieving a cohesive experience for the people you serve.

What’s next in part 2 of the IDEA Act Playbook

In part 2 of our 21st Century IDEA Act Playbook, we’ll cover one of my favorite programs in all of government, easy ways to make your site more secure, and how to gather better data so you can design services for the needs of your users.

Defining digital services and what they mean for product teams

We don’t have a shared definition for what government digital service means. This post offers one perspective by outlining how we think about digital services and how these ideas relate to our product practice.

In this section, I’ll continue looking at the IDEA Act’s new requirements for public websites and digital services, including a deep dive into what it means to design services around the needs of your users.

Embarrassingly automatable as the first step of legacy modernization

A path to transforming the nation’s unemployment insurance systems

With existing tools, the IRS could connect people with healthcare

How to make vaccination an efficient and equitable process